Geographical location is one of the most important factors in defining your blog or website’s earning with Google AdSense. In general, clicks from western countries give you high CPC and good page RPM. In today’s post, I am putting some highly authentic information about 10 highest paying countries which will give you the highest CPC and page RPM. The information, which I am going to share here, is my own experience. 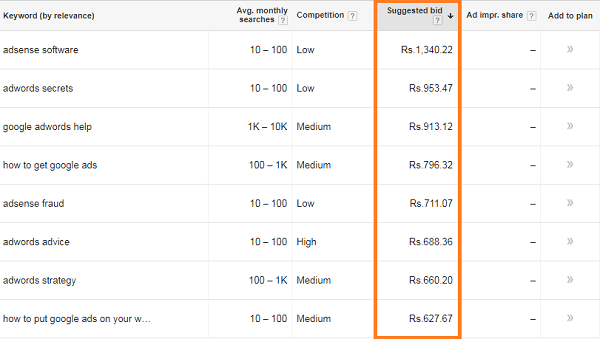 In above list, Guyana surprisingly stands at the top. We can’t deny the fact as the data, on which the listing is based, is fairly extensive. Switzerland and Canada also sit above United States and United Kingdom. In the race, United Kingdom stands at 4th and US at 5th. An interesting thing, which I found in the results, is that, South Africa is also ahead in this competition and it lost its position with just one number to take vacancy in top 10 list of the highest paying countries with Google AdSense and it stands at 11th position.

Is it enough? It should be. You may be looking for some more big countries in the list like India, Pakistan, China, Sri Lanka and Bangladesh. According to the stats which I analyzed, China stands at 52nd position, India at 77th, Pakistan at 90th, Sri Lanka at 101st and Bangladesh at 108th position.

And if you want increase Adsense CPC rate you use some tips to get more earning from Adsense. So this was the list of some countries from where my AdSense ads have got the highest CPC. Enjoyed the post? What’s your experience with Google AdSense? Don’t forget to share in comments. I’m not asking your earnings, just share the countries from where you are getting the highest CPC. You can share it freely as AdSense doesn’t mind on it.

Greetings, I’m Alif. I’m a web developer living in Central Java, Indonesia. I am a fan of photography, design, and entrepreneurship. I’m also interested in travel and movies.

10 Tips To Quickly Sell Your Website or Blog on Flippa

Alif Setyawan·September 8, 2020
There are no comments yet No comments